Was Ninoy a Hero or Villain?

Benigno Simeon “Ninoy” Aquino, Jr. was born November 27, 1932, in Tarlac. He was the chief opposition leader during the era of martial law in the Philippines,  from 1972 until 1981 under then President Ferdinand E. Marcos.  Aquino’s assassination in Manila International airport on August 21, 1983 galvanized popular opposition to the Marcos government and brought his widow, Corazon “Cory” Cojuangco Aquino, to the political forefront. After the ouster of Marcos, Corazon was elected the first women president of the republic of the Philippines. His only son, Noynoy Aquino, later became the 15th president of the Philippines. Cory and Noynoy held the presidency for a total of 12 years. 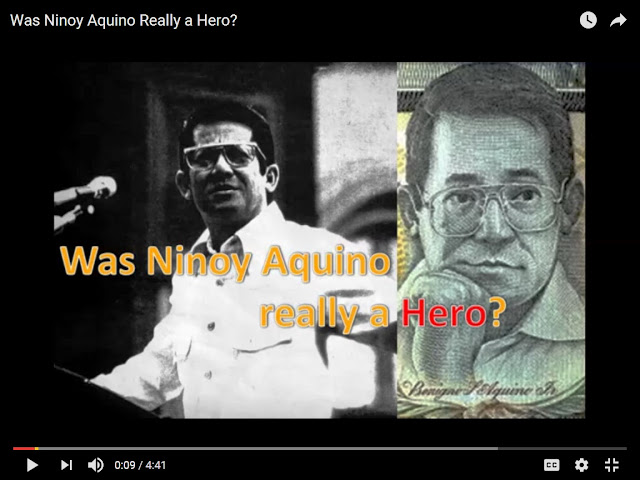 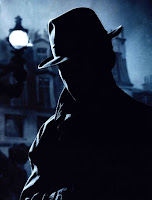 Ninoy was a grandson of a Philippine general and the son of Benigno Aquino Sr, a well-known politician and landowner in Tarlac, whose families owned the Hacienda Maling, Hacienda Sawang and Hacienda Murcia. After World  War 2, Ninoy’s father was arrested and charged with treason for collaborating with the Japanese during the latter's occupation of the country.

Aquino began his career as a journalist, covering the Korean War as a war correspondent. His life in politics started very early. At age 22, he was elected mayor of Concepción in 1955, vice-governor of Tarlac province in 1959, governor of Tarlac province in 1961, the youngest Philippine senator at age 34 in 1967, and national leader of the Liberal Party in 1968. Meanwhile, he become wealthier through his marriage to Cory Aquino, the daughter of one of the largest landowners in Luzon, whose vast land estate includes the infamous Hacienda Luisita, A controversial 6,453 hectare sugar plantation where many farmers died fighting for their basic rights as tenants and tillers. Cory protected their estate by engaging in a series of half-hearted gestures at land reform, leading to massacres of farmers in many occasions. Ninoy helped brokered the purchase of Hacienda Luisita, the biggest hacienda in the country, for his wife's family in 1957. He later on became the Hacienda's administrator. In return for the family agreeing to distribute Hacienda Luisita’s land to small farmers by 19 67, the purchase received preferential treatment from the Philippine government, which included a loan package from the Philippine Central Bank and the Government Service Insurance System.

Ninoy was known for his audacity to thwart Marcos, ostensibly planning to run for president in 1973. In his desire to get rid of his nemesis, Ninoy conspired with the left-winged party and the CPP-NPA. In one of Joma Sison’s interviews, Joma said Ninoy proposed that the two of them would make a hunger strike against the Marcos regime and make demands for reforms. Joma Sison admitted that it was Julius Fortuna, and not him, who met Ninoy Aquino in the house of a big businessman, whose daughter was an activist, and who represented the NDF Preparatory Commission, the CPP and NPA. Declassified US government documents dated September 20, 1972, said Aquino, “may be willing at some point in the future to ally himself with the Communists as the leader of a revolution, if he is convinced that this is the best way for him to realize his ultimate political ambition.” Rodolfo Salas, CPP chair at the height of Martial Law, said in an interview with Ateneo De Manila University Professor Lisandro Claudio, that not only did he bring wounded New People's Army soldiers to Aquino’s houses, but he received guns and cash from Aquino himself.


With a growing threat from the rising communist party, then President Ferdinand Marcos declared martial law on September 23, 1972 through proclamation 1081. Ninoy was arrested and charged of murder, illegal possession of firearms and subversion together with NPA leaders Victor Corpuz and Bernabe Buscayno. Victor Corpuz is believed to be a government deep penetration agent, who witnessed Ninoy’s alliance with the reds.

Ninoy Aquino’s popularity was greatly due to his daring criticism of the Marcos regime. His gifts as a public speaker, his brilliant mind, as well as his great ambition fired-up his popularity. In terms of tangible contribution for the development of the country, Ninoy is closer to none. In fact, no large infrastructure project or national livelihood projects can be attributed to Ninoy. It’s all talk for him.  Being the leading candidate for the 1973 election, and with Marcos ending his term, Aquino was close to achieving his ambition, comes with it the threat of the Philippines becoming a communist country.

Ninoy Aquino was an overly ambitious politician who so coveted the presidency he co-opted the Communist Party of the Philippines to help him implement a way of becoming the republic’s president. If he could have been the president, the usual political agenda is to protect their vested interests or their dynasty, since Ninoy came from an oligarch family. Tarlac, the Aquino and Cojuangco’s bailiwick, lags in terms of economic development compared to other province in the Philippines like Taguig, Cebu, Davao or Iloilo, despite producing 2 presidents and numerous powerful politicians. Filipinos experienced dark days during the Marcos regime. If Ninoy Aquino succeeded, it could have been, darker.