This article gives you an overview on the magnitude of foreign aid the country received during the aftermath of typhoon Haiyan (Yolanda). Most of the data here were sourced from the Foreign Aid Transparency Hub (FAiTH)-the Philippine government's online information portal for international calamity aid and assistance.

The total amount the country received for the past 3 years since the super typhoon struck remains unknown. Filipinos remain blind on the propensity of the aid the country as a whole(including NGO's and private groups) received. 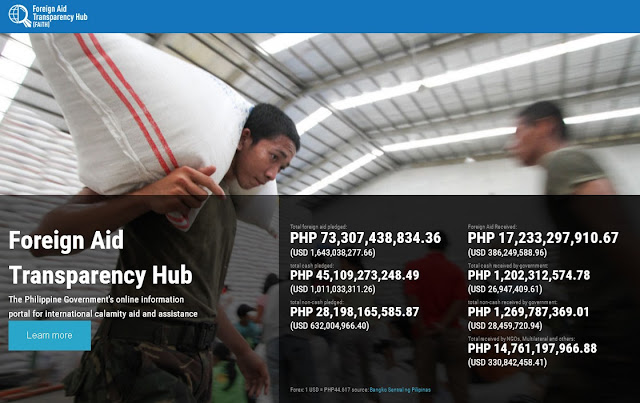 Including donations coursed through the different NGO's, local government units and private groups, total value of donations are way more than the aforementioned amount.

These are the top 10 countries that donated to the Philippines through government-to-government transaction after Haiyan devastated the country.