Here are some of the proposed “Superbridges” that will crossed seas and connect islands.

1. Trans Manila Bay Crossing
A super bridge and a mega tunnel will compose theTrans Manila Bay Crossing patterned after the Tokyo Aqualine (image below). The proposed multi-billion project will connect the town of Naic, Cavite and traversing the waters of Manila bay up to the town of Mariveles in Bataan. A portion of the project will pass by the island of Corregidor, running a total length of around 15Km. 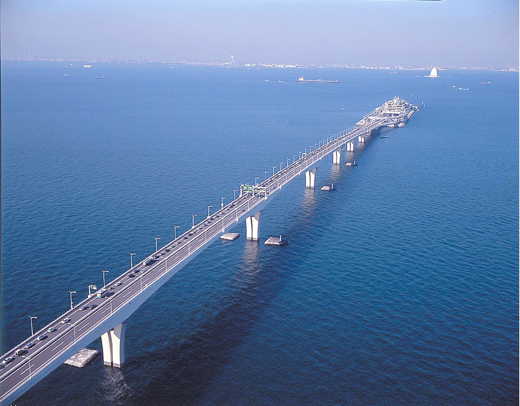 2. Batangas-Mindoro Superbridge
San Miguel Corp. (SMC) expressed interest in building the Batangas-Mindoro Superbridge which would surpass the length of San Juanico Bridge that connects Samar and Leyte. SMC President Ramon Ang planned to build the 14-kilometer-long bridge at an estimated cost of P18 billion, which he presented to the Office of the Governor of Batangas and Oriental Mindoro. 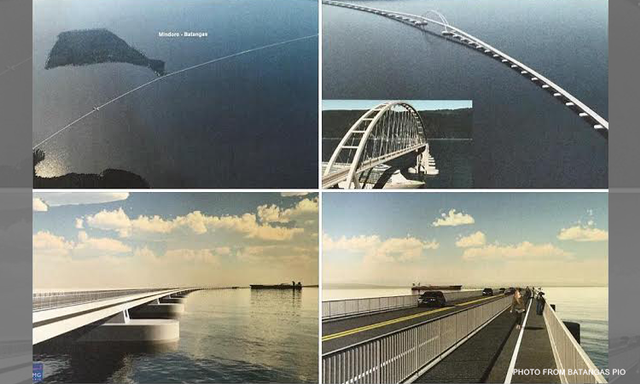 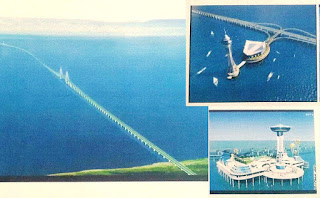 4.  Samar-Sorsogon Bridge
The Department of Public Works and Highways projected the gargantuan project to cost at least Php 92.23 Billion to link Sorsogon and Samar. Sen.Francis "Chiz" Escudero said he will push for the construction of a bridge connecting Luzon to Visayas to improve trade and commerce between the two islands and hasten the delivery of government aid during calamities.   Trucks carrying cargoes to Northern Samar are usually stranded at the port of Matnog during peak season of RoRo service, delaying the delivery of goods to the province.   The "super bridge" will not only ease the travel from the main island of Luzon to Eastern Visayas during times of calamities, but will also bring in more tourists and development opportunities to both regions.

The Metro Pacific Tollways Development Corp. (MPTDC) of Manny Pangilinan won the bidding to build the 3rd Mactan-Cebu Bridge at a cost of Php28 Billion. The bridge will span eight kilometers from the mouth of the Guadalupe River, passing Shell Island and then to Cordova. The project includes the construction of a toll plaza and causeway. This will ease the traffic on the existing two bridges connecting the highly progressive urban centers and tourist destinations of Metro Cebu. Construction for this project have already started. There are reportedly two Australian firms bullish not just in funding the feasibility study, but  to go through the project as a major partner of government under the BOT (Build Operate and Transfer) scheme.The bridge will be the physical conduit to “transfer ” both power and water to and from both provinces -unlike the more expensive and dangerous  underwater cables linking Bohol to Leyte’s geothermal electricity source. 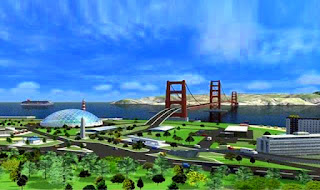 It is the dream of all Ilonggos to have a connecting bridge linking two major islands in WesternVisayas. Negros Occidental's Alfredo Marañon, chairman of the Regional Development Council which is the highest planning body of Western Visayas, is eyeing an ambitious but attainable project for a bridge connecting Iloilo in Panay Island to Negros Island.

8. Surigao-San Ricardo Leyte Mega Bridge
Completing the backbone of the Philippine Road and Rail system is the the Surigao-Leyte Double Deck Bridge. The national government planned a cable-stayed long span bridge similar to the 2nd Cebu-Mactan Bridge but longer. The proposed bridge will span 23 km. connecting the two provinces at a tune of a whooping Php101.35B.

9. P6-Billion Samal Island-Davao Bridge
The pre-feasibility study of the Samal-Davao Bridge was already completed. It was conducted by Katahira and Engineers International (KEI), a Japan-based civil engineering consultancy firm. The detailed engineering design is underway. Secretary Wanda Corazon Teo of the Department of Tourism revealed to the media that the Mindanao Team of Pres. Duterte will push for the Davao City to Samal Island connecting bridge project. This kind of project will surely benefit not only the people of Davao but also the growing number of local and foreign tourists.

10. Panguil Bay Bridge
The national budget will fund P586 million of the total P4.9 billion costs for the construction of the pioneering Panguil Bay Bridge project in Northern Mindanao, the Department of Budget and Management (DBM) said during the ceremonial signing today of the loan agreement between the Philippine Government and the Export-Import Bank of Korea-Economic Development Cooperation Fund (KEXIM-EDCF). Considered a major infrastructure development in Northern Mindanao, the Panguil Bay Bridge will connect Tangub City, Misamis Occidental and Tubod City, Lanao del Norte, and reduce travel time between Tangub and Tubod from the usual 2.5 hours to 7 minutes. It will also significantly improve the travel time from Cagayan de Oro and Iligan to the cities of Tangub, Ozamiz, Oroquieta, Dipolog, and Dapitan in Zamboanga de Norte. – from the Department of Budget and Management

The Philippine economy slowly revitalized during the Arroyo administration. The previous administration (PNoy Aquino administration) performed well with the macroeconomics of the country, though many argued that progress were limited to the higher and middle class. Now with the new Duterte government, many Filipinos are confident that economic growth and prosperity will reach every Juan from Aparri to Jolo. And these bridges will be a conduit of prosperity and unity to a geographically divided country; a symbol of solidarity. Abante Pinas!