10 Good Traits of Duterte That Will Lead Us Back From Obscurity (con.t) 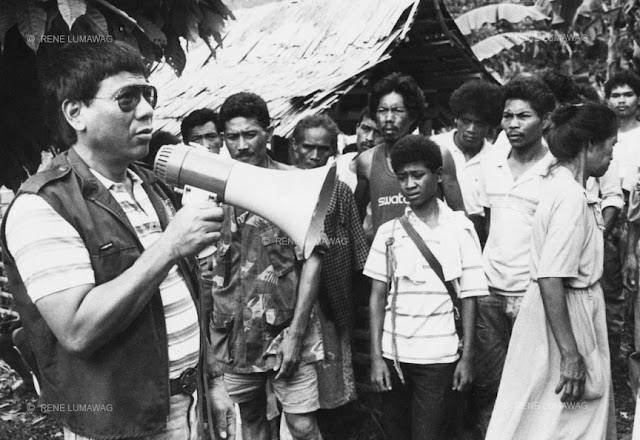 
4. Tough and Fearless – Yes, no doubt, the 16th President of the Philippines is indeed fearless. Even before he assumes the presidency, many drug lords, pushers and users surrendered, left the country or hid in their caves. Among the many first in the Philippines is the huge number of drug related personalities who surrendered to authority in the infancy stage of Duterte’s presidency: a staggering 65,000 individuals. The “Punisher”, a moniker bestowed upon him for being a relentless crime buster in Davao, knows how to defend himself and his people, studies his opponent’s weaknesses and strong points, and slugs it out as expected of him.

5. Brilliant Tactician and Strategies – Duterte is like a chess grandmaster with an unpredictable game opening, tactical mid-game and killer end game. Using the bait, trick and trap strategy, many fall victim to this unforeseeable tactic. Among them was vice presidential aspirant Sonny Trillanes, whose malicious intent boomeranged on him amplified by Digong’s startling counterattack. Another occurrence was when he opened a window of opportunity for China to pursue bilateral talks with the Philippines, which softens China and allowed some precious opportunity for Filipino fishermen to fish in the rich waters of Scarborough. China was disappointed later on when Digong made an abrupt change of course due to China’s insistence to allow a dialogue base on non-rule of law. The president’s prime intention was to allow our poor fishermen to have access to the said fish-rich sea, but since China refuses to follow the arbitration ruling, Digong shelved the proposed bilateral talk.

Fine Life: 10 Good Reasons Why Cebu Should be the World's Best Island


6. Good Listener – "He listens. He's a very good lawyer, one of the best city fiscals in the city of Davao. When it comes to legal matters, he listens, he processes things," Atty. Salvador Medialdea said in his interview with ABS-CBN. But many now believe this trait extends beyond legal matters. In his first SONA, he urges to have a unilateral ceasefire with the NDF-CPP-NPA and grant a safety conduct pass to the communist leader, Joma Sison. This is to allow talks with them and listen to their grievances. Same goes with MNLF leader Nur Misuari.

7. High degree of Empathy- After Typhoon Yolanda ravaged Tacloban in 2013, the then Davao Mayor Duterte flew to Tacloban and personally led a humanitarian team from Davao. He pitied much the victims that he cannot hold his tears seeing the devastation. He was emotionally affected by what he saw that he said, “God must have been somewhere else or he forgot that there is a planet called Earth.”

The meager income of our men in uniforms and the sad plight of indigenous people (Lumad) are situations often neglected by past administrations, but President Duterte vowed to implement the incremental increase to the salaries of the PNP and AFP and protect the Lumads and their interest. His win brings hope to the Lumads.

8. Yearns for Unity – The sight of 4 past presidents having a solemn meeting with the current president is a picture of unity, hope, security and progress. The recent National Security Meeting of President Duterte with former presidents Ramos, Estrada, Arroyo and Aquino together with high ranking officials brought together leaders who set aside their differences; another first in the Philippines, only in the Philippines. Duterte sincerely yearns for lasting peace in troubled Mindanao that he is ready to concede BBL (Bangsamoro Basic Law) without constitutional provisions.


9. Longing for Peace – In his speech in front of the Army’s 6th ID troopers in Maguindanao, Duterte said, “For the people who want peace, we will go out. Ako, I’m ready to concede BBL minus the constitutional (infirmities).” This is how intense his longing for peace that he let go of it sans the constitutional provisions. He once preferred his dream of having Federalism over BBL as a solution to Mindanao’s conflicts and poverty. But after a long period of figuring the complexities of discernment and judgment, he opted not to hasten the country’s transformation to federalism, but decided promptly to concede in passing the BBL for the sake of peace in Mindanao.

10. Legendary – This borrowed statement from Rappler.com exemplifies the legendary persona of the president: “Colorful urban legends surround Duterte. There is one in which he supposedly pushes a drug trafficker from a flying helicopter. One in which he treats taxi drivers to dinner. Another in which he beats up a Philippine military soldier, breaking his two front teeth. One incident, confirmed by the mayor himself, involves him forcing a tourist to swallow a cigarette butt.” These stuffs of legend are what the drug lords, protectors and corrupt officials are afraid of. They know that the Man walks his talks.

With the numerous positive traits we can muster about him, I am sure there are several I missed. Tatay Digong is still in the early chapter of his presidency, more good things will soon come forth. He has big plans for our country, all for unity, peace and progress.

SHARE and let the world know that change is here, started by a simple man who will lead our country back from obscurity. We are his partner for change.