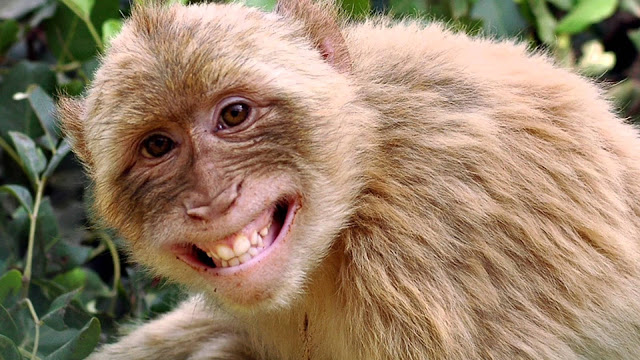 Customs authorities at the southern Chinese city of Shenzhen destroyed 34.78 tons of "substandard bananas" imported from the Philippines due to excessive pesticide use, Shenshen's state TV said.

The bananas, worth $33,000, were mashed and buried, state broadcaster CCTV reported, showing footage of digger mashing the fruit and moving them into a pit for landfill.


Halfway in their mashing operation, the "made in China" backhoe bogged down in front of the state TV's camera. Government personnel were quick to order the TV crew and photographers to stop taking videos and photos.

While repair works were done with the broken heavy equipment, a photographer was quick to snipe a monkey stealing bananas over the piles.

Seconds later, about a dozen of the small primates took handfuls of bananas and ran back to the trees and had Chinese's securities caught off guard, except for the lone photographer who happened to be at the other side of the stockpile.

The monkeys were said to have observed from the woods while the heavy equipment mashed the sweet fruits, seemed praying that the backhoe will stop and the people to leave.

Opportunity struck them when their prayers were answered. 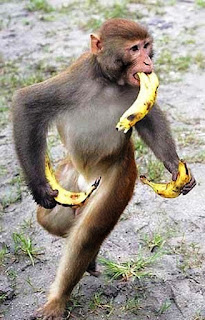 The bananas were in perfect condition and quality when it reaches China's port, but were left to rotten in the warehouse to look "unfit for human consumption" in front of China's state media. This was confirmed. Ask the monkeys.

We are a non-profit and advertising-free site. Your 1 dollar donation is highly appreciated. Donate to achangephilippines.blogspot.com to help maintain our site and pay for our writers and researchers. Help us in giving you more interesting and informative stories in our advocacy to help promote a "New and Better Philippines". We accept donations in any amount but not obligatory. Thank you and God bless!